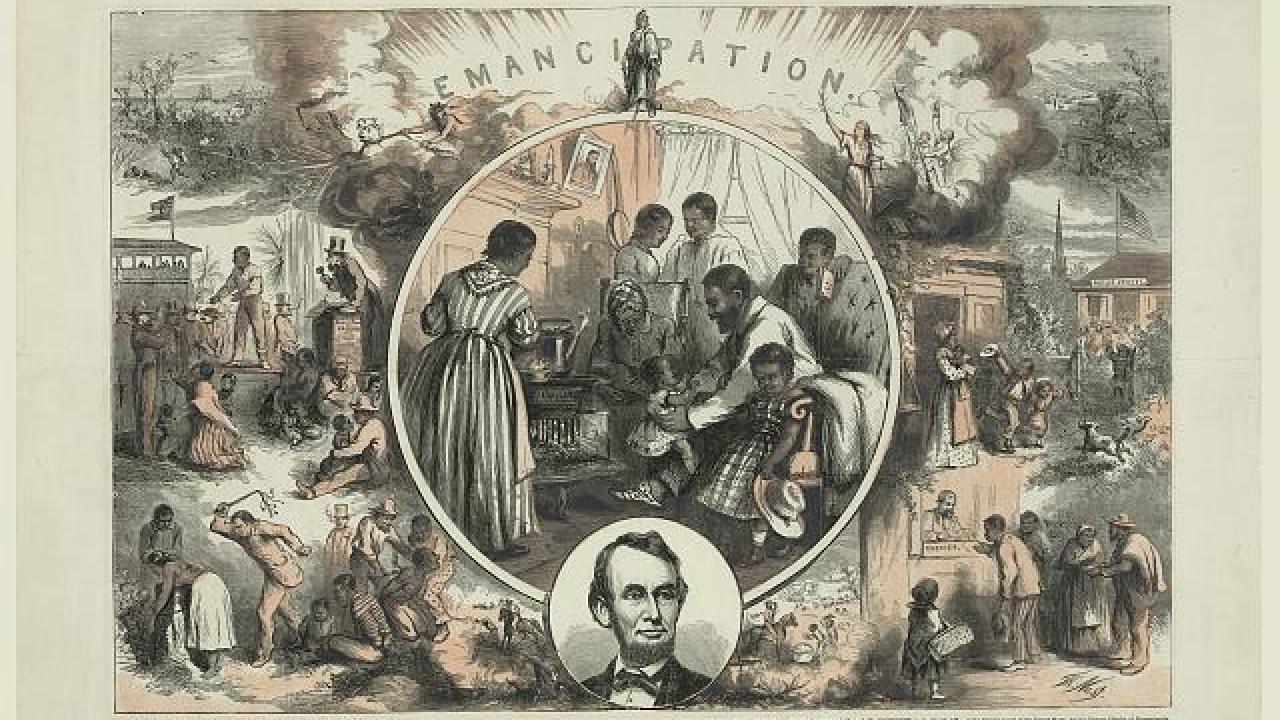 How Free is Free?

IQ: What did African Americans need after the Civil War to be truly free? How did they define freedom? How free is free?

This lesson comes fairly early in the 8th grade unit on Reconstruction and asks students to analyze several primary documents in order to understand how formerly enslaved persons defined freedom and what they wanted out of that freedom.

As the 8th grade Framework states: “Between 1865 and 1877, African American citizens, newly organized as Republicans, influenced the direction of Southern politics and elected 22 members of Congress. Republican-dominated legislatures established the first publicly financed education systems in the region, provided debt relief to the poor, and expanded women’s rights. Students examine the effects of Reconstruction in the South by considering the question How did Reconstruction redefine what it meant to be an American? As important as the era was in expanding civil rights in the South, Reconstruction was temporary. ... Students analyze how events during and after Reconstruction raised and then dashed hopes that African Americans would achieve full equality. They should understand how, over the next couple of decades, courts and political interests undermined the intent of the Thirteenth, Fourteenth, and Fifteenth Amendments to the Constitution. They learn how slavery was replaced by black peonage, segregation, Jim Crow laws, and other legal restrictions on the rights of African Americans, capped by the Supreme Court’s Plessy v. Ferguson decision in 1896 (“separate but equal”). Racism prevailed—enforced by lynch mobs, the Ku Klux Klan, popular sentiment, and federal acceptance—which spread outside of the South.” Future lessons should discuss the successes that manifested during this period as well as the causes and consequences of the eventual decline ofAfrican American communities.